Templar Knight and Champion of God 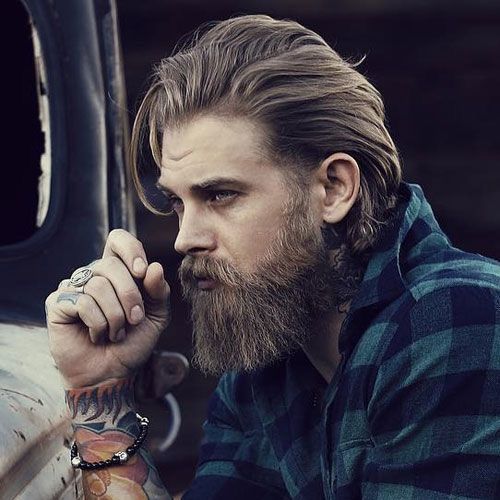 High Concept: Templar Knight MC: “ The Scissors of the Rock”
Gideon is a knighted member of the Templar Knights Motorcycle Club. He was titled “The Scissors of the Rock” because he carries Peter’s (the Rock) Sword, the fourth Sword of the Cross. Although there are not many members of the Templar Knights MC, and they are spread across the world, they have the tendency to show up where they are needed most. At this point, Gideon is acquainted with most of them. Malchus, the Sword of Justice, is a very old, long, machete-like blade—as much a tool as a weapon.

Trouble Aspect: Wedding planning and crime fighting don’t mix.
Since recovering Penelope from Hell, Gideon has actively sought to put his Champion of God life behind him. Bernie has placated him, promising him an “out” after the wedding (or at least a break), but in the meantime, everything seems to get in the way.

Aspect: There is something about Penelope… 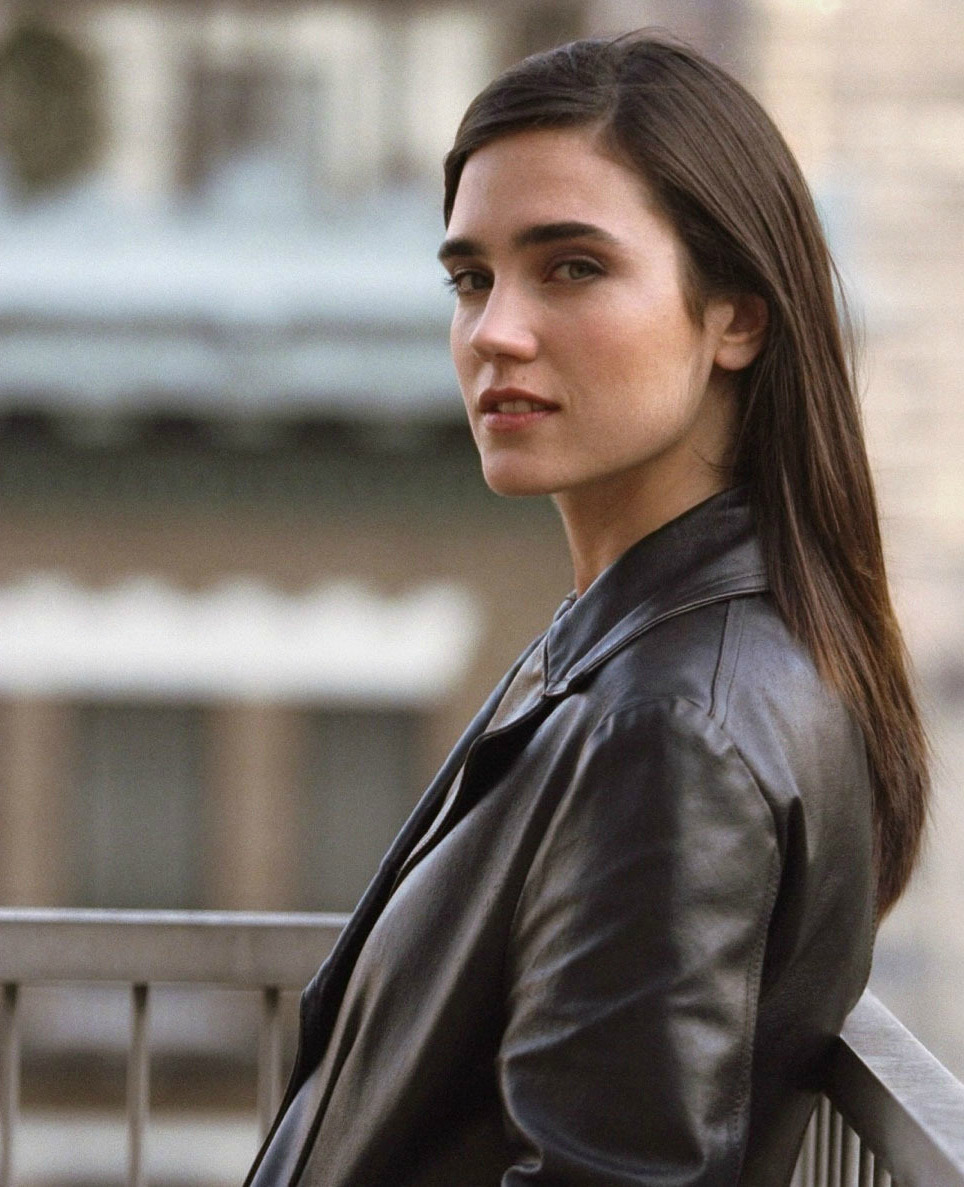 Penelope has always been important to Gideon—but he can’t help wondering why she is so important to Bernie—-and Joseph Luna—-and Odin—-enough so that they seemed to move Heaven and Earth to help Gideon rescue her. Perhaps it was just a coincidence-. Perhaps they just wanted to ensure that Malchus was kept out of the hands of the Hell’s Angels. But every time Gideon looks at Penelope, he can help but wonder if she is somehow something more than he ever imagined.

Aspect: My faith, leathers, and gremlin bell protect me. 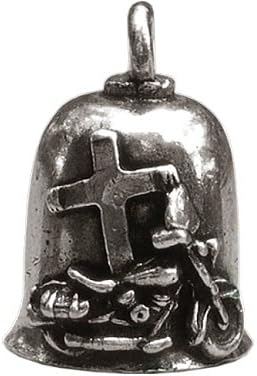 Gideon’s faith is his shield. But of course, Kevlar-reinforced motorcycle leathers don’t hurt (Armor: 2). In addition, he treasures the one thing he has to remember Penelope—the Gremlin bell she gave him to protect him on the road. Penelope was a devout, albeit superstitious Catholic, who always told Gideon he needed religion. (Gremlin bells dangle under your motorcycle capturing evil spirits before they get into your bike.)

Aspect: My parole officer, Bernie, is a saint. Literally. 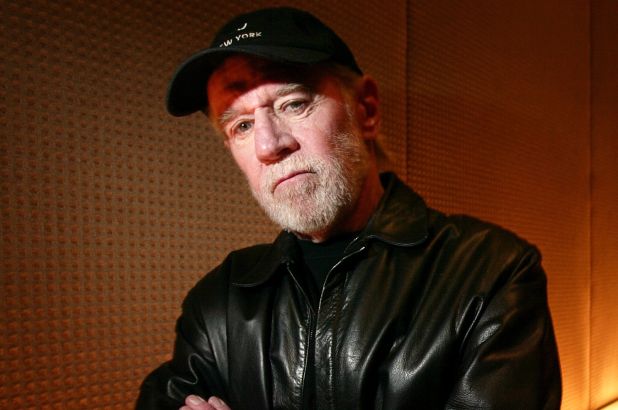 On the road to Sturgis the first time, Bernie and Gideon ran into a pair of rough-looking characters looking to pick a fight (Bernie called them “ogres”) at a remote gas station. The ogres started it. Bernie finished it. Gideon barely had time to pull out his sword. Gideon saw a flurry of movement and a flash of light, and it was over.
Bernie is a valuable mentor and guide—the closest thing Gideon has had to a father (or really a parent at all.) Bernie plays the part of a parole officer well—and they have never discussed if he is anything more than a miraculously influential parole officer.

Aspect: My guardian angel is my bike.1

God communicates to Gideon through the nudging of his bike. Gideon nicknamed his 1940 Indian Chief Chopper, “Donkey”1—after Balaam’s donkey in the Old Testament. Like Balaam’s donkey, Gideon’s bike with communicates with him—it will gently steer, fall over, fail to start, or even provide specific engine sounds for agreement and disagreement. He has been at this long enough that they almost have a language worked out. Of course, people think it is a little strange that Gideon talks to his bike—a lot.

Gideon became acquainted with David Brown at the Runcie’s Gas’n’Auto’n’Boat. David was getting his bike repaired, and Gideon was talking shop with Freddie. (Freddie is the only person Gideon feels comfortable letting look at his bike.) For all their differences, Gideon and David have a common taste in motorcycles. Suddenly Gideon’s bike started on its own. Knowing what that meant, Gideon immediately hopped on and drew his sword. He was ready when the WereGators climbed out of the sewers. Gideon, David, and Freddie fought side-by-side, until the WereGators escaped down a manhole. David mounted his bike and followed Gideon—who let his bike guide them to where the WereGators would emerge by the Mississippi River. There, in the mud, they finished the job.

Aspect: The Lord will provide, but BYOK. (Bring your own knife.)

Gideon doesn’t carry money, food, or even a toothbrush. The Lord always provides what he needs the moment he needs it most. Despite that, he has always had an affection for knives, and usually has at least half a dozen on him. (Weapon: 1) These are a variety of sizes and styles.

One night, as Gideon was looking for a decent meal and a place to hang his helmet, he happened upon the House of the Rising Sun. At first, he assumed this was the Lord’s way of providing for him. The staff were very accommodating and friendly. However, he remembered one of the stories another knight told him—and politely refused. The offers began to escalate in their extravagance and intensity. He attracted the attention of the house’s attendant, Noilly Prat. She was determined to break his will. The harder she pushed the more resolved Gideon became. After a few hours of this, Gideon excused himself—fortunately, he had a cold iron knife to help him make his “point.” Conveniently, a pizza place next door had decided to give a free pie to anyone who could eat the whole thing in a single sitting. And with the Lord’s help—that is exactly what Gideon did. Since that time, Noilly has repeatedly sought to capture Gideon’s free will. She dispatched Vic Noble, either to finish Gideon, or to let Gideon finish him—either way was a win for her. In the end, however, Gideon and Vic decided that some periodic half-hearted sparring allows Vic to maintain an “ongoing assignment” with the Cortège Gras, and in the meantime they maintain a friendly understanding.

Donkey 1940 Indian Chief with Psalm 143:10 painted on the side: “Teach me to do thy will; for thou art my God: thy spirit is good; lead me into the land of uprightness.” Donkey has the following aspects:

Trouble: A million miles of grit, grime, and grease 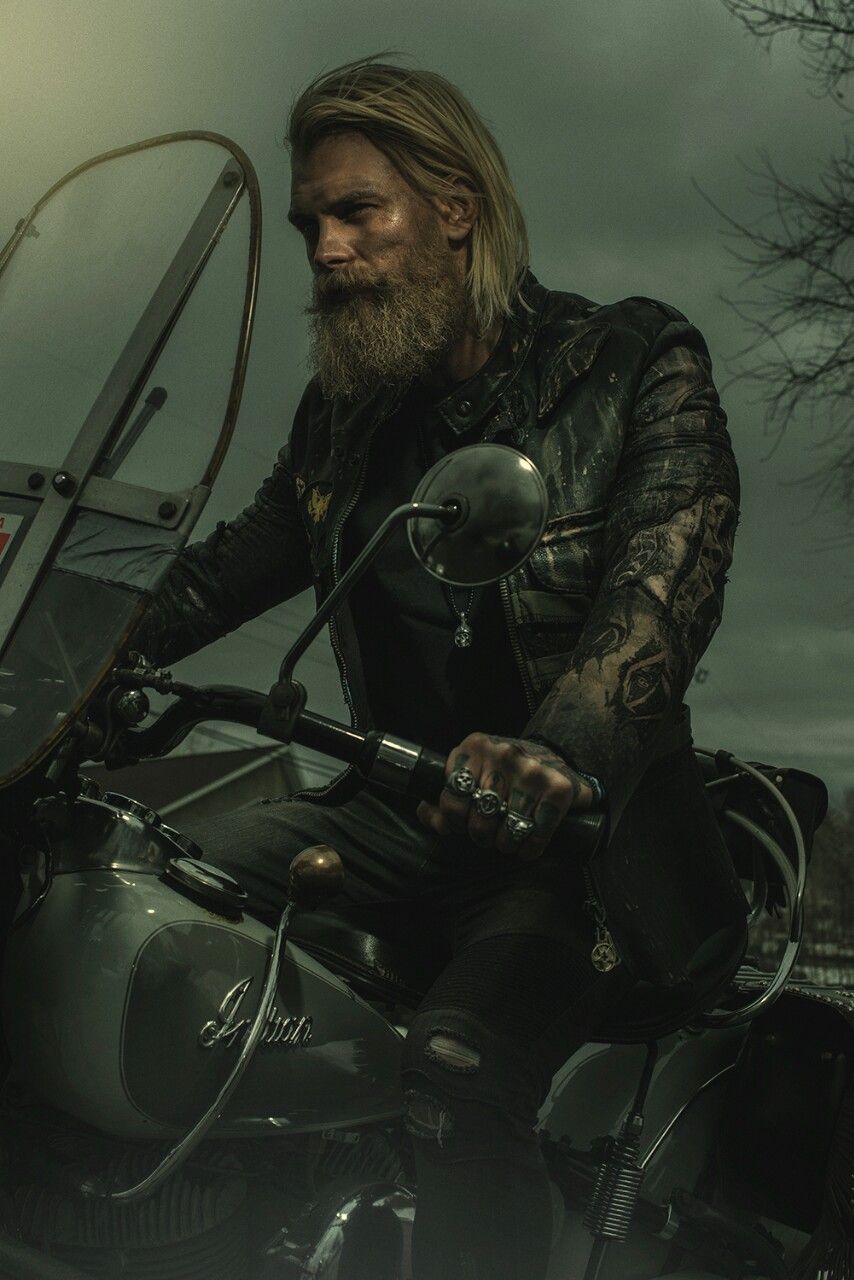 Gideon has traveled to Hell and back on his bike, not to mention the Nevernever, and other strange places he can’t even pronounce. Recently he ride his bike a mile underwater on the floor of the Gulf of Mexico. He has made enemies of all kinds of beings and been knocked down, beaten across the brow, and covered in dirt, slime, blood, and worse more than once. And he looks it. Filthy, bruised, smelly—he has more urgent things to worry about than looking pretty.

Aspect: I’m on a Highway to Hell. 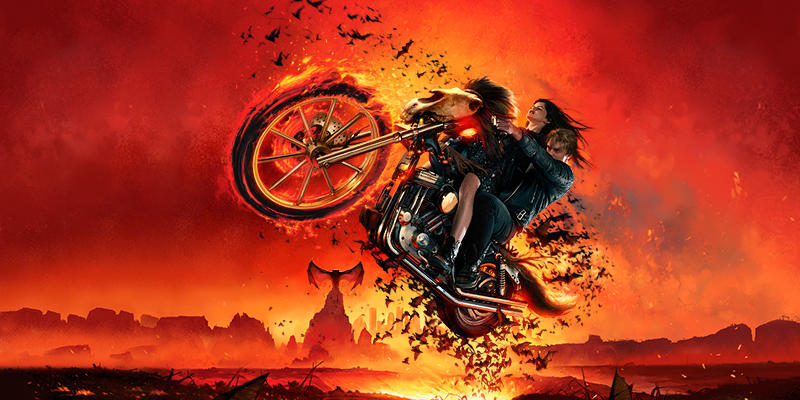 Gideon has discovered that his girlfriend, Penelope Leos, whom he thought died years ago in a gang war, maybe alive—or at least, in need. Someone has claimed (with supporting evidence) to have Penelope in their possession and has demanded Malchus in exchange for her life. (He strongly suspects The Hell’s Angels are at least involved.) Gideon plans to storm Hell through a portal in a New Orleans Slaughterhouse. He has no intention to surrender his sword, but is very willing to die in an effort to recover Penelope. 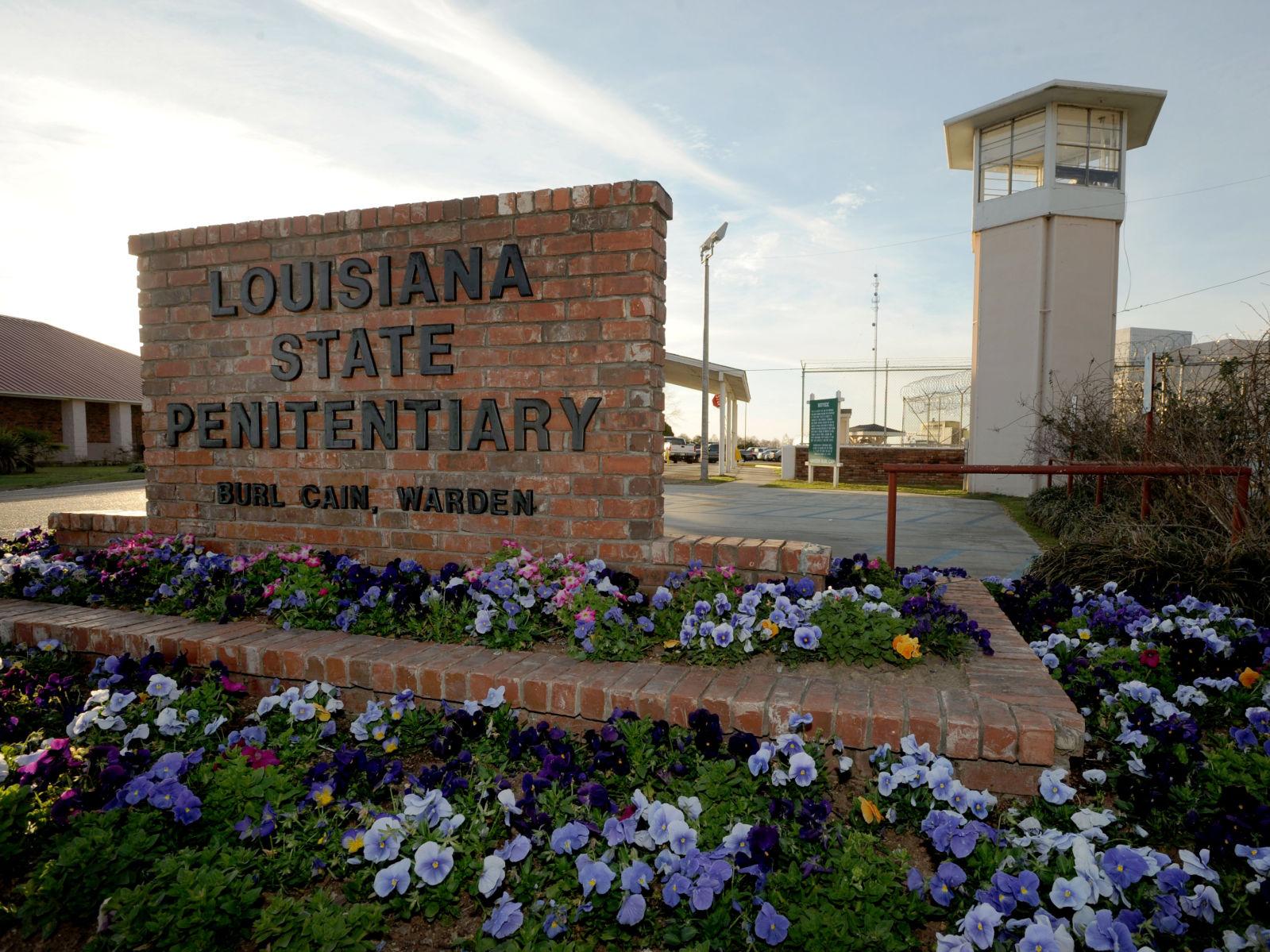 Louisiana State Penitentiary (also known as Angola, Alcatraz of the South) regularly is ranked as one of the toughest, most brutal, and worst prisons in the country. Gideon’s time in prison has taught him important life lessons, as well as more than a few streetwise survival tips. Anyone who knows about his time there is all the more leery of him—Not to mention a few people skeptical that his “release” was legitimate.

“Sunnyside” may sound nice, but Sunnyside, Houston, is one of the most dangerous neighborhoods in America. Growing up with effectively no adult role-models, Gideon and his friends formed a gang, Motorcycles and Machetes (M&M)—both for their protection and to satisfy the need to belong to something. Throughout his teenage years, Gideon focused on two things—the gang and his bike. At 19, however, he met a girl (Penelope Leos), and they decided life couldn’t continue the way it was. They escaped to New Orleans to start fresh. Unfortunately, his enemies followed him there. In the carnage that followed, his girlfriend and several other people were dead, and Gideon ended up in Louisiana State Penitentiary with multiple life-sentences.

It took time to heal, both physically and mentally. To this day, Gideon regards his time in the Penitentiary as the first time in his life he could think, read, and reflect. He devoured books on philosophy and religion. Sleepless nights he spent pouring over the Bible. His eyes opened to the meaninglessness of his life up to that point. He resolved to live for something beyond himself, even knowing he would never leave prison.

A few weeks later, Gideon was selected by the guards to play “Convict Poker.” He and three other prisoners were seated at a card table in a small courtyard. Prison guards watching from above placed their bets. There were no cards on the table—these bets were on which prisoner would stay in their seat the longest—as a door slid open, and a rampaging bull entered the courtyard.

It was Gideon’s first truly sincere prayer. As calm washed over him, he closed his eyes. Twenty minutes later, as the prison doctors were patching up the other prisoners (one didn’t survive), the warden tapped his shoulder in disbelief. “You won Gideon—you can stand up now. Go back to your room. Double dinner tonight.”

It was the next day that Gideon met his new parole officer, Bernie. Gideon thought it was strange that he was allowed to visit his cell with no guard supervision. Bernie told him that he had arranged to have Gideon released under his supervision. Just a few hours later Gideon had picked up his old 1940 Indian Chief Chopper, still dangling the gremlin bell Penelope had given him. He met Bernie at a nearby Popeye’s Chicken to have what would be the strangest conversation of his life.

Bernie explained to Gideon about an exclusive motorcycle club calling themselves the Templar Knights. He gave Gideon a duffle bag full of surprisingly-heavy biker leathers. Finally, with reverence, Bernie offered him a long, ancient machete-looking sword—explaining that it was, unbelievably, the sword belonging to the apostle Peter, the fourth Sword of the Cross. Bernie (whom Gideon has since come to suspect is St. Bernard, the Patron Saint of the Templar Knights), traveled with Gideon to South Dakota, where they met a few other Templar Knights in the Badlands. They told amazing stories of wizards, vampires, and monsters—and helped Gideon understand a few brushes with the supernatural from his own childhood he had never previously understood. In a small ceremony with a few other knights, Bernie knighted Gideon, and gave him the title “Forfex petrae: Scissors of the Rock.” (The other knights thought that was pretty funny.)

Since that time, Gideon has learned to follow guidance from above. His motorcycle has often steered him to where he is most needed. Occasionally, when Gideon has found himself in a tight spot, another Templar Knight would happen by and offer help. Bernie has checked in a couple of times as well. Most of the time, Gideon finds himself alone. But whether driving the dark roads of the Louisiana backwoods or the hectic streets of New Orleans, he knows he has been spared for a higher purpose.

update: Gideon recently took on seven Hell’s Angels at once with Davy Wallace and the rest of The Crescent City Cavaliers. As a trophy he and Davy both claimed spark plugs from each of their bikes. 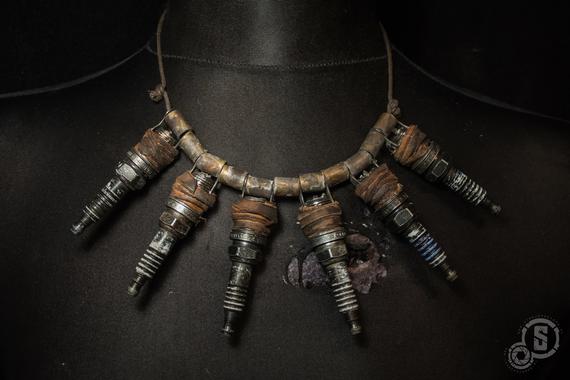 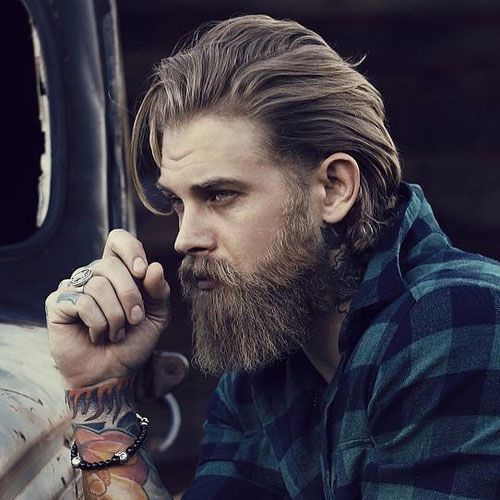