Susannah is a Public Defender in the City of New Orleans, she also defends the public as the bearer Solomon’s Guard, The Angelic Blade.

The James Family has had a long history of public service, usually in law enforcement or military service. Susannah’s family is a typically large Catholic family – with all the drama that entails.

Aspect: One of the Guys

The children of Benedict and Grace James are as follows: Solomon, Caleb, Peter and Paul, Isaiah, Adam, and Susannah. All of their children were instilled with the purpose to “Serve and Protect”, just like the rest of the long line of James’. Solomon joined the Army, Caleb the Marines, Peter and Paul are detectives; Isaiah and Adam are uniformed officers all with the drive to serve and protect the Big Easy. Growing up was nothing short of exciting for Susannah and anticlimactic for Grace, instead of interests in ballet, princesses, or the color pink Susannah gravitated much more to her brothers hobbies of hand-to-hand combat, contact sports, and at a much older age (older than her brothers, which was, just, ugh. So unfair.) the gun range. For Susannah these things were not just about the idol worship of a younger sibling. This was a competition and one she just had to win.

Fortunately for Susannah her brothers had no idea yet the still waters run deep and helped her not only supersede their high school records (which were the best that Benjamin Franklin High School had seen in 20 years) but got her many full ride scholarships. Chalk it up to her competitive nature or being drowned in testosterone at any given point in her life but Susannah has always had the ability to just be one of the guys.

Unbeknownst to the James’ children there is a reason why Solomon James is in fact named Solomon. It was always thought that he would be the one to lead Solomon’s Guard when the time came and what better name for the first son, the natural born leader? When Solomon ultimately failed the test the James’ thought long and hard about letting him change his name to “Blade” because according to Solomon, “it’s just, like, so much cooler. And that dude can, like, kill vampires or whatever.”

Caleb, Peter, Paul, and Isaiah all had similar reactions to the test and was wondering why it was even necessary to begin with. With Benedict and Grace betting the house on Adam everyone was shocked when Susannah, 16 at the time, passed the trial with a very flippant, “it wasn’t that hard. King Solomon split that baby in half or whatever.” Solomon’s Guard seemed to have found it’s home and it was even more necessary to get Susannah’s training started. With two years between all the James’ children it had been almost 15 years without a home it was getting to be dangerous time in New Orleans. Doubling down on her hand-to-hand combat training, sword fighting was added to the mix under the instruction of local Warden Joseph Luna, as well as ensuring that her brawn didn’t outweigh her brain. At 18 Susannah had received the blade, Solomon’s Guard, and took her private oath to serve and protect the peoples of New Orleans and even lay down her life for them if need be. It was at this moment when she felt God calling to her and pulling her in a direction she didn’t even consider. She was going to use her full ride scholarship to go to law school (much to the chagrin of Benedict, a uniformed officer for 25 years).

After Bernie approached Susannah about protecting the relics from Hell’s Angels, including Solomon’s Guard, she has taken up a second mantle of protecting these important items from falling into the wrong hands. It took a couple of tries for Susannah to get around how suspicious it seemed to “make a drop” – especially with items that God created and sent them to protect. Susannah thinks she’s doing well but time – and Bernie – will tell.

Aspect: Our Lawyer Made Us Change the Name of This Song So We Wouldn’t Get Sued (Fallout Boy) 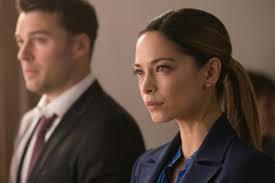