Knight of the Cortège Gras; The Gros Chevalier (a.k.a. the Fat Knight)

Based on your “LORE” (i.e., DECEIT) you have access to 5 Rote Spells. Essentially these spells don’t require a DISCIPLINE / PRESENCE check to control, but may require a roll to target. They still cost 1 mental stress to cast.

Potion of Stamina Grants the drinker an ENDURANCE of 5 for one scene. (This would grant you 2 extra stress boxes and an extra minor consequence. It would additionally grant you additional endurance on the dance floor, drinking contests, in the bedroom—-whatever might tax your fortitude or ability to perform strenuous activities for extended periods. )

Party Bomb Thrown on the ground creates a scene aspect that fills one zone of “Confetti, Strobe lights, and Loud Music” for one scene. It can be invoked once for free.

Love potion The drinker must make a DISCIPLINE check vs. 5 or be given the aspect “Seized by lust” for one scene. This can be invoked once for free. (And probably should be invoked immediately.)

Flash Mob This small firework “popper” can be thrown into a zone. Everyone in that zone must make a DISCIPLINE check vs. 3 or be given the aspect “Compelled to sing and dance”. All those affected are “compelled” to perform a coordinated musical dance number selected at the time of creation.

Liquid Dance A drinker gains a PERFORMANCE of 5 for one scene—focused specifically on some sort of dancing. This can be invoked once for free.

Colored smoke This creates a block against awareness for a single zone for one scene. Seeing any target in that zone requires an ALERTNESS check of 5+.

Buzzkill This potion grants the drinker an ALERTNESS of 5 for one scene, specifically focused on seeing through veils, glamours, faerie magic, etc.

Feelgood This potion allows the drinker to ignore 6 shifts worth of consequences (i.e. One minor and one moderate) for a few minutes. (The length of one combat). These consequences cannot be “invoked” for that period.

Pyrotechnic Malfunction (or “Oops!”) This glass bottle can be thrown up to one zone away to create a pyrotechnic explosive blast, impacting everyone in the zone. Roll DISCIPLINE (or PRESENCE in Vic’s case) to attack. Targets defend with ATHLETICS. Weapon: 3

Mysterious puddle (“That ain’t water!”) This glass bottle can be thrown on the ground to create a large puddle of bubbling, toxic, yellow fluid. This creates a barrier between zones that blocks movement, and can be overcome with an ATHLETICS of 3+. Failing the roll causes stress as if defending against an attack, Weapon: 2. After the scene, the puddle dissolves away.

Vic Noble, the perfect stereotype of a sleazy car salesman from Las Vegas, hit it big at the slots two years ago. He decided to celebrate by booking a week-long trip, leaving one city of sin for another. Traveling alone, with plenty of time and cash to burn, he quickly fell prey to The House of the Rising Sun. After becoming deeply indebted to the Cortège Gras, Vic bargained for his freedom by becoming their Knight.

Although he sold himself well in the “job interview”, the Cortège Gras have found Vic to be a deep disappointment. Unfortunately, they are bound by their own word, and Vic is entitled to the Knight’s Mantle until his death. Of course, that doesn’t keep the Queen from being quite open about her search for a new knight, and giving Vic assignments that she fully anticipates will get him killed.

Vic is relatively new in his position, and there are certainly parts of it that he enjoys. He has taken to glamouring particularly quickly—of course, he tends to use illusions to fast-talk and swindle people for his own purposes, rather than advance the interests of the Queen. 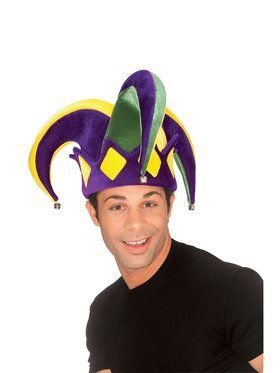